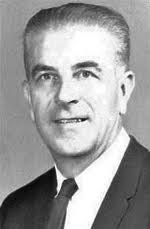 That a man, who was as private and unpretentious as Mario Pedrozzi, would leave the vast majority of his estate to establish an educational scholarship foundation came as a surprise to most people who knew him. You might wonder what type of person would bestow his wealth to educate Livermore graduates and would-be seminarians. What is even more intriguing was Mario’s determination to shield his generosity from public attention and those who knew him.

Mario’s life is the quintessential success story of a motivated young European immigrant who leaves his homeland to achieve a better life in America. He was born on September 20, 1908 in the lakeside town of Lugano, Switzerland. At the age of 18, traveling by train and ship, he eventually reached Ellis Island, New York. From there Mario crossed the United States by train, with Livermore, California becoming his final destination. For a while, Mario lived in the Joesville Hotel while he tended store for his relatives, Joe and Josephine Caratti. Mario learned the grocery business from the Carattis and saved his money. After a short stay in the Army as an M.P., he established his own grocery store called the Valley Food Center. It was located on First Street near “M” street. In 1955, Mario purchased the Valley Hotel and was known to generously open the doors of the hotel to those in need of housing.

In addition to the grocery business, Mario loved politics. He was one of the first people in Livermore to walk the neighborhoods and meet the constituents of the city. His goal was to inform voters of his positions on the issues and to find support for his run for City Council. He was elected to the City Council in April, 1962 and continued his public service until September, 1965. At the end of his tenure, he occupied the office of vice mayor.

Throughout his life, Mario was known as a private man who embraced a strong work ethic, valued frugality and loved the food business. He was also an avid gardener and had several different fruit trees on his Livermore property. He lived into his 90’s and died in Livermore on October 30, 2002.

Mario Pedrozzi never married, although he was engaged to the love of his life.  However, upon receiving a diagnosis of ovarian cancer, his fiancé, Hazel, called off the engagement.  Hazel died in 1956, two weeks before her and Mario’s original wedding date.  The lack of heirs may have influenced Mario to leave his estate as a gift to the Livermore community.  Thousands of students now benefit from his generosity.

As a Swiss immigrant, Mario embodied the American dream. Overcoming humble beginnings and limited formal education, he achieved financial success and a full life. Mario envisioned that his wealth could provide a means for students of all ages to achieve their educational and career goals. His objective was to promote higher education for a wide range of students who demonstrate desire, potential and promise of the future. It is the honor of the Pedrozzi Scholarship Foundation Board of Directors to continue promoting the legacy of Mario Pedrozzi.